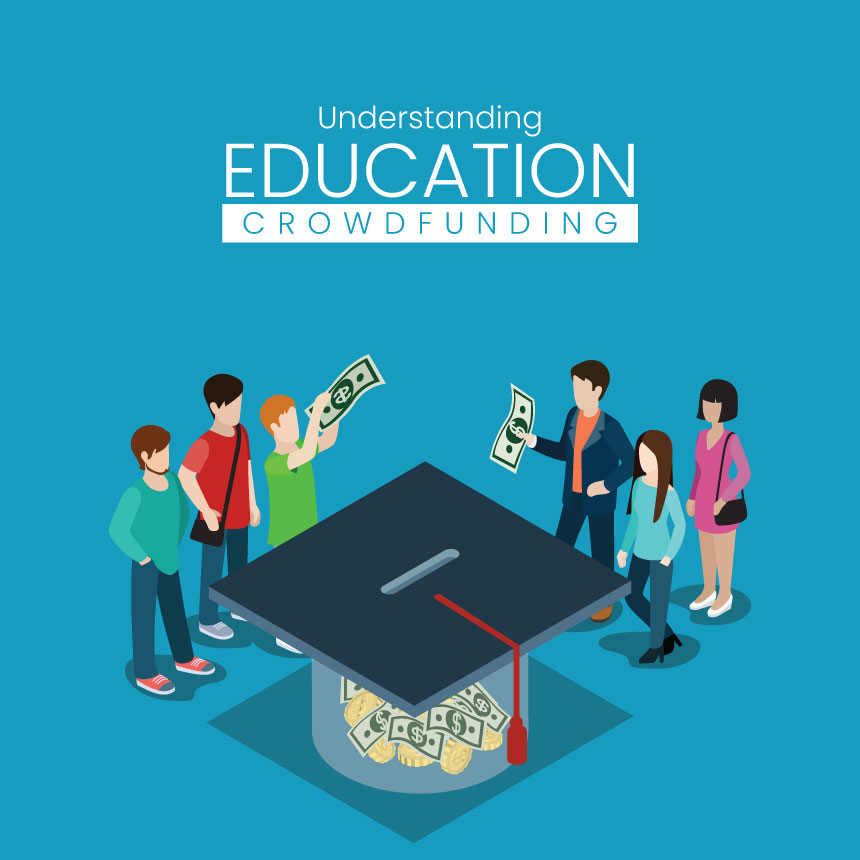 Over the past ten years, the cost of attending college has skyrocketed, and analysts predict that over the next 20 years, the expense of education will continue to rise. What, then, should a student or a parent do? This is where the concept of crowdfunding is introduced. Families and students now use crowdfunding to pay for their undergraduate and graduate degrees.

What is Education Crowdfunding?

Depending on one’s socioeconomic situation, education may be a requirement for some people while continuing to be a luxury for most of the world. It may be difficult for some people to choose between education and survival. Thanks to the growing social media, people are starting to accept education crowdfunding, an already highly well-liked idea. Crowdfunding for education is receiving contributions from many individuals online for any project, including education. It is making it possible for everyone on the globe to access education.

Because there is no payback obligation, education crowdfunding is one of the most acceptable ways for students and their parents to finance their education without turning to high-interest loans or mortgaging their assets. It makes it simpler for friends, family, and total strangers to contribute however much or little they choose to education.

Crowdfunding is assisting people in paying for college as a whole by dividing the costs among several contributors all around the world, preventing them from graduating from college and entering the workforce burdened with hundreds of thousands of dollars in student debt.

Why Spend Money on Other’s Education?

Because they are friends or family members, some crowdfunding donors are eager to assist with college expenses. They understand the situation and are willing to help because they are familiar with the student and their family. Asking Uncle John directly about his willingness to spend $1,000 on textbooks can be challenging. Crowdfunding provides a less demanding tool for asking for and giving support.

Crowdfunding has become a valuable tool in the present day that can enable families to raise small amounts of money from various contributors around the world to help spend on the education of several students. But it is necessary to do prior research regarding any crowdfunding before contributing to any of such crowdfunding programs. Try to review the laws surrounding this type of funding carefully. It is essential to know to whom you will owe the money and how much you will likely have to pay out over how much time. After considerable research, make careful comparisons before leaping.

What is a Human Capital Contract?

If you opt for crowdfunding beyond going to family and friends for funding, there are chances that you will turn to something called a “human capital contract.” A Human Capital Contract binds you to pay a percentage of your ongoing income to multiple strangers, sometimes as long as ten years. For instance, such contracts may bind you to pay back 10-20% of your income over a certain amount for years to come.

But do you think giving a part of your income for the next 5 to 10 years is a good idea? If you come to think of it, if you would borrow money for your college, you will anyhow have to pay for a long time. The only difference is that with a bank, your interest rates will be set instead of based on your income. While with a bank, you will pay to a single institution; here, you will pay multiple individuals. In both cases, legal requirements are connected to the contract through a relatively new law called the Crowdfund Act.

Suppose you want to question whether you must try out crowdfunding for your education or not. In that case, it will depend upon the amount you expect to make and your comfort level with the idea of hiring yourself out as a “human capital.”

Some good crowdfunding sites that can be used to crowdfund your higher education expenses are:

Education crowdfunding websites are developed to help secure a student’s future with the help of several institutions or people around the globe. Such crowdfunding websites are a great way for parents and the local community to get involved in school and education. There are many other websites where functions and events are provided as a way for generous donors to provide scholarships to students.