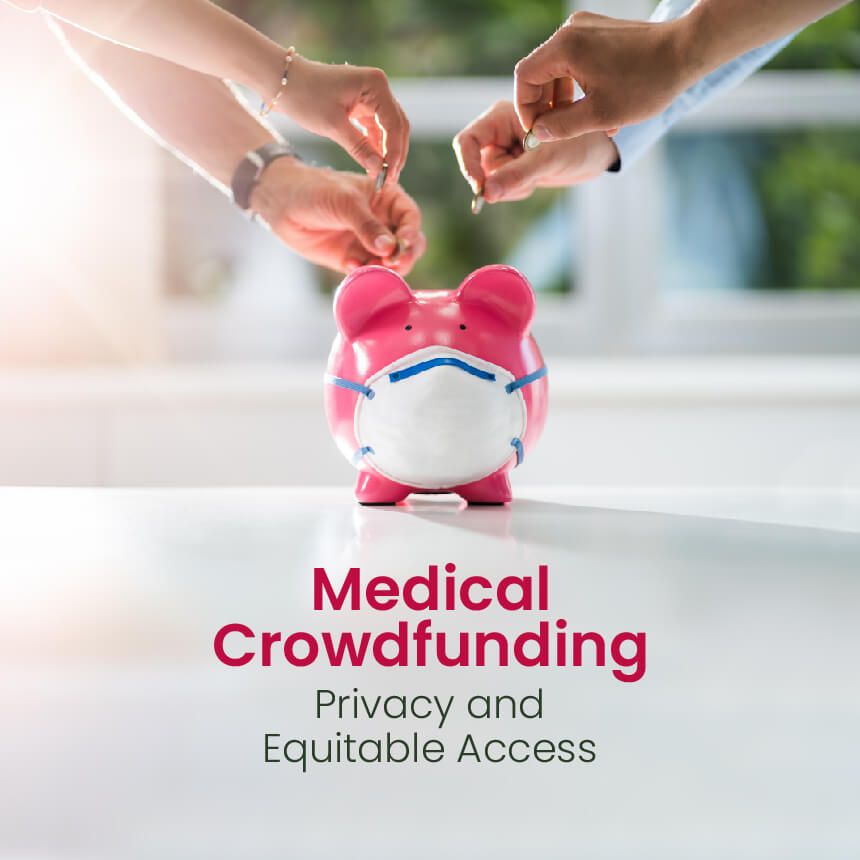 Funding a project or enterprise through crowdsourcing involves collecting small amounts of money from a large number of people, usually over the internet. Crowdfunding has increased during the last two decades; it is now a popular method of funding start-up businesses, artistic projects, technological innovations, scientific research, and community projects.

So, what is Medical Crowdfunding?

Crowdfunding has become increasingly popular in countries without universal health coverage, particularly in the past few years. However, universal coverage does not imply that everyone can access medical care. Most unmet health care needs occur due to financial reasons: inability to pay co-payments and experimental or additional therapies that are not covered by the health insurance plan.

The emergence and rapid increase of medical crowdfunding have raised several ethical issues. Fraud and misinformation are some of the issues surrounding this, as well as issues of fairness, perpetuating systemic injustices, using funds efficiently, and shifting the value of health care. Privacy and equitable access to healthcare will be the focus of this article.

Most medical crowdfunding campaigns include the recipients’ details, including their names, medical conditions they are suffering, financial situations, and ongoing updates about the health condition of the recipients.

Some individuals also include images and videos of the recipient surrounded by their family and friends or the recipient in the hospital room hooked on to medical equipment. Although these kinds of deeply personal information and images are typically considered private, we do not necessarily believe they are.

Individuals are encouraged to share photos and other detailed information to reach their fundraising goals to attract as many donors as possible. People who don’t have any other option but to resort to crowdfunding usually voluntarily forgo this level of privacy to be able to raise the funds required. Furthermore, a vast majority of these individuals who crowdfund their medical expenses do not have the luxury to withhold private information since they are expected to fill in valid and accurate information in their campaigns.

The recipient’s parent or another family member may run a crowdfunding campaign on their behalf. The issue of consent relating to the public disclosure of a person’s private information gets muddled when another person’s personal information is shared.

In some cases, the person running the crowdfunding drive may not even consult the recipient about what information is shared if they have a medical condition that prevents them from consenting. Despite well-intentioned fundraising campaigns, parents and other family members may not consider the consequences of these disclosures for children under the age of consent.

Healthcare equity could be negatively affected by medical crowdfunding. Factors such as the type of treatment needed and the campaign’s purpose may influence the likelihood of a crowdfunding campaign reaching its funding goal.

In addition to the recipient’s looks, social connections, and ability to gain media attention, online communication skills can also affect a campaign’s success. These characteristics will benefit those in relatively privileged positions if they correlate with the recipient’s status in society.

Nevertheless, as long as no one is harmed by medical crowdfunding, this inequality shouldn’t matter. Despite this, there are still reasons for concern. Generally, this method of raising money does not address the root causes of problems in the health care system of the recipient – such as an insufficient insurance policy. This, on the one hand, is not much of a concern.

Medical crowdfunding raises ethical concerns, but that doesn’t mean it’s a wrong idea or something one should avoid. Instead, it calls for setting norms that protect patient privacy, making crowdfunding more accessible to all, and harnessing its power for social transformation.