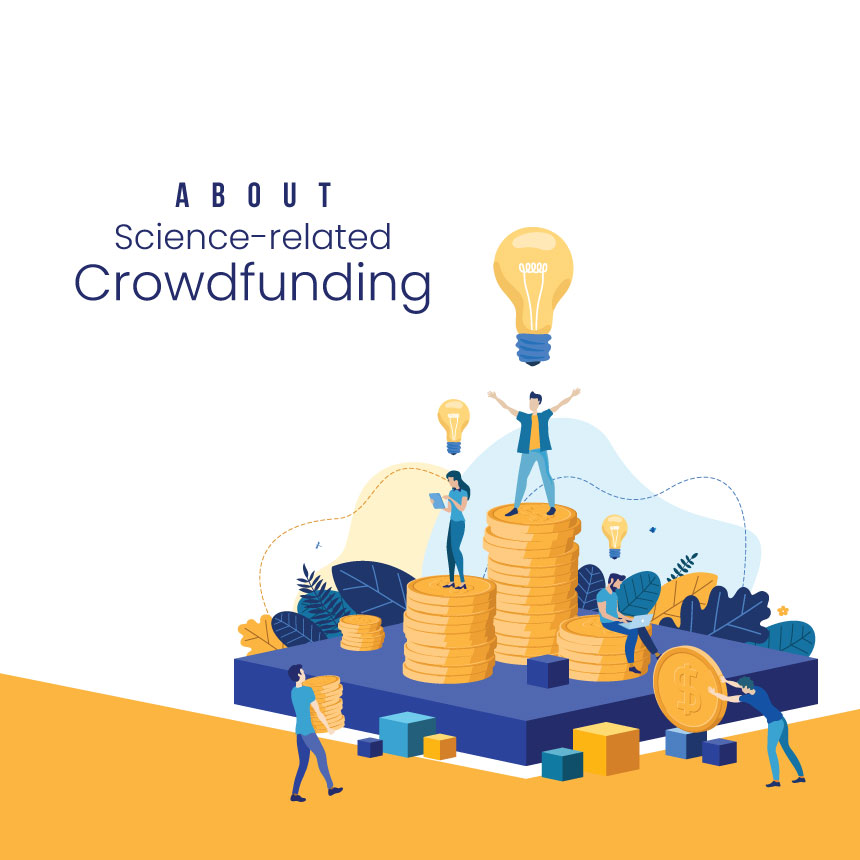 The rise of digital media has changed scientific perceptions and processes. As a result, researchers now have a new way to engage with non-experts via social media. In turn, Reddit serves as a platform where citizens can ask scientists questions, participate in research as citizen scientists, or fund science through crowdfunding.

‘Crowdfunding’ is a type of fundraising where groups of individuals pool money to support a specific goal, usually by contributing small amounts of money to the cause. Initiatives bring together two groups: initiators, or individuals trying to raise funds through campaigns, and backers, or individuals making donations to support projects. Science crowdfunding typically involves rewards or donations. The backers either receive a reward in exchange for their donation or don’t receive any return at all.

Public engagement is familiar when it comes to involving citizens in funding decisions. Since crowdfunding platforms have taken off, they have resurfaced both in the scientific and political worlds.

For researchers and citizens, crowdfunding can be an effective manner of engaging with the public. Researchers can use crowdfunding as a vehicle for making their research visible to the public, interacting with them, and increasing transparency in the scientific process.

One of the most effective methods of engaging citizens in scientific funding is through crowdfunding. By asking for research material or meeting scientists as a reward for donations, citizens can learn about science and interact with scientists. As another way of involving the public in research, crowdfunding could also enable citizen science – non-scientists to engage in research.

Currently, research on science-related crowdfunding primarily focuses on how the scientific community inspires public engagement, for example, which scientists launch campaigns and which projects are funded. However, our knowledge of citizens’ willingness to engage with science through crowdfunding is limited.

There are a variety of platforms or digital infrastructures that can host crowdfunding campaigns. There are different types of crowdfunding platforms. Some platforms, like Kickstarter, offer general-interest crowdfunding, while others, like experiment.com, offer science-specific crowdfunding.

According to existing research, science-related platforms have higher success rates than general-interest platforms regarding funding. However, it is essential to note that other social media platforms, such as Twitter and Facebook, promote projects since they allow initiators to reach a wider audience.

A project refers to a specific endeavor that scientists are looking to fund. More recent figures indicate that over a thousand science-related projects will be launched before 2022, compared to 370 projects identified in an early study until mid-2014.

Crowdfunding projects are associated with various disciplines, but many come from medicine and biology. Citizens only sometimes prefer funding projects from specific fields, however. Funding often goes towards data acquisition, research materials, or travel, not salaries, as is the case with traditional grant proposals. As a result, citizens participating in crowdfunding projects encounter science across a range of disciplines.

Individuals or teams that work together and set up the projects are known as initiators. Usually, a more significant number of projects are initiated by individuals who are affiliated with a university.

Among their motivations for crowdfunding are to gather funds less bureaucratically and to bring democracy to funding decisions. Several scholars have argued that crowdfunding provides access to resources for disadvantaged or marginalized groups excluded from traditional funding methods.

A crowdfunding campaign informs the crowd about a project’s value, intended to persuade them to support it. There is information in campaigns about targeted funds, what will be done with these funds, and who initiates the projects.

Here, the size of targeted funding represents the most significant difference from traditional grant proposals. The largest science-specific crowdfunding platform in the United States awarded Experiment.com $10 million until 2022 compared to the US annual budget for research and development of more than US 650 billion. Thus, crowdfunding only accounts for a small part of scientific funding. Therefore, the federal government and businesses are more willing to provide financial support for science.

Furthermore, the purpose of a crowdfunding campaign is to appeal to the general public outside the scientific community. Hence, some individuals rely less on scientific jargon and, instead, on other engaging elements such as multimedia content, information about the initiator, and rewards.

According to a recent study, backers are more likely to be persuaded by these interesting features than by the scientific merit of successful projects. There is no primary data on backers, but this suggests that non-scientific motivations may shape citizens’ engagement with crowdfunding.

Our knowledge of individuals who fund science-related crowdfunding projects is almost nonexistent compared to existing research on who gets funded and the type of project that gets funded. Due to more data on those providing financial support, there needs to be more research on non-scientific crowdfunding.

For researchers to understand backers, primary data, such as surveys, must be collected. The platform owner and the project initiator must consent to this. Instead, studies collect publicly accessible information on crowdfunding projects, their initiators, and their success based on content analysis.

This data is then used to draw indirect conclusions regarding criteria citizens might use to decide whether to fund science-based projects. Researchers should explore alternatives, such as investigating individuals’ perceptions, attitudes, beliefs, and behaviors through primary data sources, usually funders.

Science-related crowdfunding enables public engagement with science. Despite this, not much is known about how citizens engage with science through crowdfunding and what criteria they use to decide how much they contribute to a cause.

Based on studies, crowdfunding is a means by which a small, non-representative segment of the public engages with science. Scientists, project initiators, and the scientific community are the primary target audience for science-related crowdfunding. In most campaigns, backers’ donations tend to be higher than projects’ scientific merit because of perceived personal appeals.

Science-related crowdfunding offers new avenues for outreach by the scientific community, but it has limited potential for engaging the general public in science.