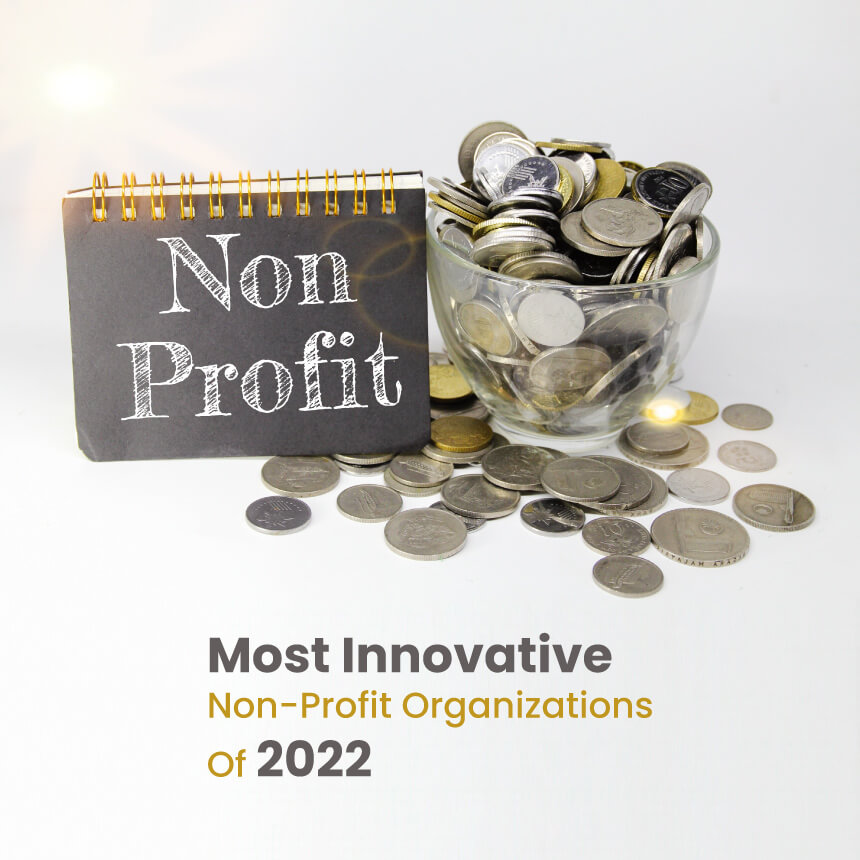 In times of need, we rely significantly on generosity, turning to charity organizations to fill in the gaps left by other social safety nets that are either unattended to or underfunded. This past year, there was no shortage of upheaval: Inflation and supply chain shortages have affected all kinds of businesses and products, impacting our daily lives.

Big Tech continues to intervene in many of our daily interactions, injecting bias into tasks like mortgage applications and disseminating false information that can have real-world harm. The pandemic continues, seemingly without end.

The climate crisis continues to rage in the background; our oceans are threatened not only by plastic pollution, which enters our oceans at a rate of about 8 million tonnes annually but also by rising temperatures and acidification, which bleach coral reefs and endanger food security while causing more significant, stronger storms like hurricanes, which are just one of the many climate disasters that typically hit already-vulnerable communities the hardest.

Although those issues seem overwhelming, numerous Non-Profit organizations and charities are attempting to find answers. The not-for-profit honorees of this year have developed creative approaches to helping those in need, adapted to the difficulties of supply chain concerns, benefited from the transition to remote work, attacked the climate catastrophe from many angles, and used data to hold various corporations accountable.

Legacy charities have, in some cases, demonstrated how they can quickly adjust to current setbacks with novel and creative solutions, as Baby2Baby, which has been in operation for a decade, did when it started producing its diapers for the first time to continue serving families during supply chain hiccups.

In another instance, the 1975-founded Communication Service for the Deaf started collaborating with local governments to ensure Deaf residents could access information about the COVID-19 vaccine. Others, such as the nonprofit newsroom the Markup, which uses misinformation trackers and in-depth data reporting to highlight how technology affects our daily lives, or the Only One Collective, which saves the ocean by organizing a community of donors to support all different projects simultaneously.

What Are The Most Innovative Non-Profit Organizations Of 2022?

The following are a few most innovative Nonprofit companies that are making a significant impact on society in 2022:

The solutions project works to empower the communities on the frontlines of the climate crisis. When a climatic disaster strikes, the aid that arrives can tend to resemble the “white savior” model, with affluent, white donors and “disaster capitalists” swooping in to decide where relief is distributed or to hike up prices and make money.

By placing communities of color at the forefront of catastrophe preparedness, response, and recovery, The Solutions Project seeks to be the antithesis of that strategy. The nonprofit gave grants totaling more than $10,000,000 to 125 grassroots organizations in the South and was led primarily by women of color in 2021.

Fifty-three grassroots organizations in Mississippi, Texas, and Louisiana are working to prepare for and deal with Hurricane Ida and the infrastructure failures caused by the February frost.

Baby2Baby has been providing diapers to low-income kids for years, and in 2021, demand reached an all-time high: the group received requests for 731 million diapers, an increase of 505 percent over pre-pandemic times. Some of the demand was fueled by people losing their jobs and having less money, but even when women are employed, the cost of buying diapers quickly climbs (in some cases, parents need to provide their diapers to daycares).

Diaper manufacturers were among the firms across the nation plagued by supply chain problems, rising costs, and nationwide shortages simultaneously. When there are no diapers available, how can you contribute diapers? Or when the value of a donation decreases due to rising prices? You begin producing your own.

Baby2Baby started as a supplier of diapers but later switched to making its own at the cost of six cents each (compared to 12 cents, what the nonprofit could get at wholesale). According to the group, it would produce more than 30 million diapers over the following year, helping hundreds of thousands of families.

The organization works to support corporate commitments to racial justice with statistics. As You Sow is adding factual data on accountability in response to the wave of corporate responsibilities to help racial justice made in 2020.

The nonprofit’s Racial Justice Scorecard, which at first evaluated the S&P 250 according to 22 key performance indicators (KPIs), including pay equity, promotion rates, donations for racial justice, and hate speech accountability, was later expanded to include the entire S&P 500 and Russell 1000, as well as four new KPIs for environmental justice. The nonprofit then launched shareholder activist campaigns to motivate the group’s laziest members.

It prepared racial justice resolutions for Monster and Footlocker, withdrew them after receiving their specific public pledges to racial justice programs, and has since filed more resolutions with other companies, including Dollar General, Entergy, and Uber.

Ø  THE ONLY COLLECTIVENon-Profit Organizations, charities

The NGO works to create a network of contributors who will fund initiatives to save the ocean. Since no one answer will protect the ocean, The Only One Collective is taking a more buckshot approach, asking many individuals to pay a small sum each month, which is then dispersed to fund various initiatives to restore ocean life.

A group of donors known as the Tide helped leaders like Pascoal Nhamussua of Love the Ocean, working on kayak-powered sustainable fishing projects in Mozambique, and Nikita Shiel-Rolle, a scientist and advocate who is assisting locals in the Bahamas in becoming certified marine community scientists. The Tide has grown to more than 8,500 donors.

DREAMSPRINGS works towards lending to underserved small- and micro-businesses.

Many small enterprises were doomed by the COVID-19 pandemic and its economic effects. It was an opportunity to offer “economic triage” for DREAMSPRING; a nonprofit community lender focused on underrepresented entrepreneurs.

The Nonprofit organization concentrated on micro-businesses, which frequently struggle to obtain credit or loans. Many traditional bankers refused to provide these companies with the small-dollar Paycheck Protection Program financing they required.

DREAMSPRING was able to scale its financing to these at-risk micro-businesses thanks to its unique online lending platform, which also allowed it to modify loans swiftly and find fin-tech and bank partners to enable the nonprofit to access PPP applications and identify partners. The nonprofit increased the number of states it serves from five to 19, and the number of loans it issues risen from 1,567 in all of 2019 to 26,080 in only the first eight months of 2021.

Helping those in need who are far away might occasionally feel challenging. Still, these organizations have made a difference in someone’s life while establishing the groundwork to make it simple for the rest of us. Everyone could contribute by joining the nonprofits and giving their time and money.